What is a Red California Worm (Eisenia Foetida)? 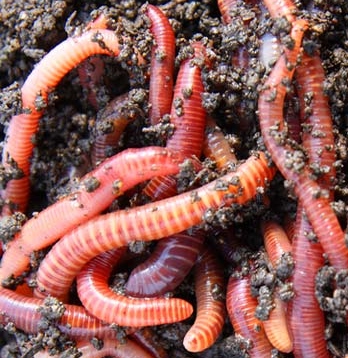 Compost obtained from Eisenia Foetida and Lumbricus Rubellis species of worms, commonly known as the Red California Worm, is produced and used in order to regulate the soil balance in order to feed the plants. Worms in dark red color are more fragile, weaker and smaller than other earth worms. These breeds are more fertile and have the ability to multiply rapidly. In addition, the red California worms are more resistant than normal worms and are therefore better suited to survive in harsher environments, in addition under appropriate production conditions the worms can thrive. Due to more digestive enzymes in their digestive system, they make it possible to obtain better quality fertilizer.

The Red California Worms have both the male and female reproductive organs, that is to say that they have double reproductive organs. When appropriate conditions are met, they mate at 20-25° C and secrete mucus in abundant amounts during mating to ease sperm transfer. Cocoons occur after mating and they are similar in size to lentils and look like lemon in shape. From the cocoons produced by these worms, small worms of white color and 2 mm in length start to appear on average within 3 weeks. Worms that have just emerged from the egg reach sexual maturity within 2 months and start to make offspring. As long as the ambient temperature reaches 20-25° C degrees, they continue to breed. Red California Worms live on average 8-10 years. The average weight of an adult worm is between 0.8 and 1 grams, consuming as much as their own weight per day and producing organic worm fertilization by half of their weight. Worms can withstand temperatures up to 40 ° C, in winter temperatures should not fall below 10 ° C.